Victoria Chaplin is a British circus performer. She was born on May 19, 1951 in Santa Monica, California. She is the daughter of comedian Charlie Chaplin from his fourth wife, Oona O’Neill, and the granddaughter of playwright Eugene O’Neill.

Charlie and Victoria Chaplin in 1956

She was born in the United States in 1951 but grew up in Switzerland. As a teenager, she appeared as an extra in her father’s last film, A Countess from Hong Kong (1966). 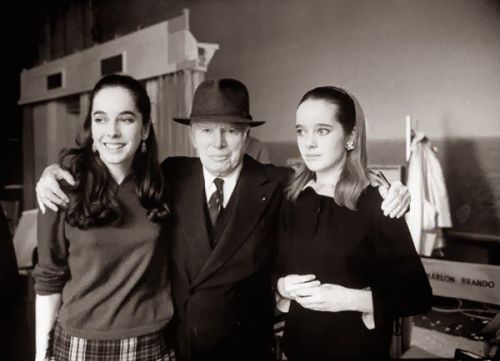 She married French actor Jean-Baptiste Thierrée in 1969. The two of them had met after Thierrée read an article about Victoria’s ambition to become a circus clown and asked her to form a new type of circus with him. 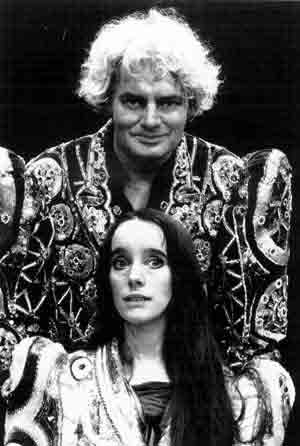 In 1971 they performed for the first time with the contemporary circus Le Cirque Bonjour, which they had founded together, at Festival d’Avignon. In 1974, they founded a new, smaller circus, Le Cirque Imaginaire, which centered only on their, and occasionally their children’s, performances, and from 1990 onwards have performed under the name Le Cirque Invisible.

7 responses to “Victoria Chaplin … very much her father’s daughter.”

A blog about pretty much anything