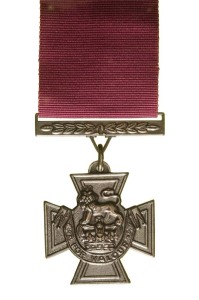 Bill Speakman, VC (born 21 September 1927) is a British recipient of the Victoria Cross, the highest and most prestigious award for gallantry in the face of the enemy that can be awarded to British and Commonwealth forces. He was the first man to receive a VC from Queen Elizabeth II. He is now aged 88.

He was 24 years old, and a private in what was then The Black Watch (Royal Highland Regiment), British Army, attached to the 1st Battalion, King’s Own Scottish Borderers during the Korean War when the following deed took place at United Hill, for which he was awarded the VC.

On 4 November 1951 in Korea, when the section holding the left shoulder of the company’s position had been seriously depleted by casualties and was being over-run by the enemy, Private Speakman, on his own initiative, collected six men and a pile of grenades and led a series of charges. He broke up several enemy attacks, causing heavy casualties and in spite of being wounded in the leg continued to lead charge after charge. He kept the enemy at bay long enough to enable his company to withdraw safely. Press reports of the time reported that Private Speakman began throwing bottles at the enemy after running out of grenades.The bottles were in fact beer bottles sent to the line for platoon consumption (40 men-approx 4 per man). By the time the platoon were attacked, the bottles were empty, thus constituting suitable weaponry. These actions earned him the Victoria Cross.

The first YouTube clip below shows Bill Speakman at Buckingham Palace following his investiture in 1952. (He is the 2nd soldier pictured). The second shows him speaking many years later about this experience. 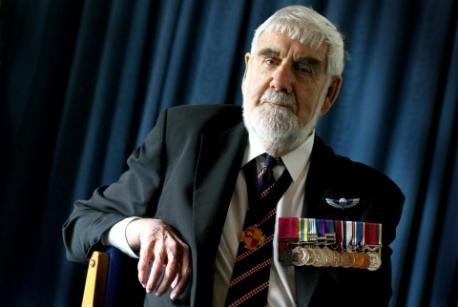