Welcome to the 1951 Rolling Review Show which twice weekly features pieces of music I have enjoyed at some time in my life. I hope you enjoy them as well. Let me know if you do. 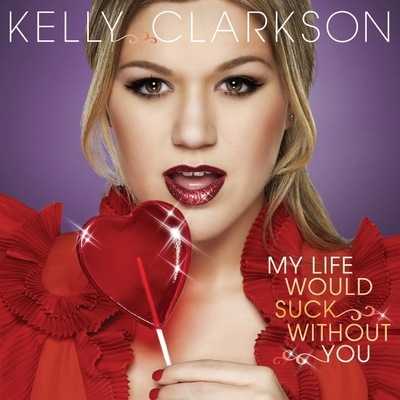 My Life Would Suck Without You – Kelly Clarkson

“My Life Would Suck Without You” is a song performed by American recording artist Kelly Clarkson from her fourth studio album, All I Ever Wanted (2009).

The song reached number one in its second week on the Billboard Hot 100 when it moved up the chart 96 places from number 97. The song’s chart climbing gave Clarkson the record for a single with the furthest jump on the Billboard Hot 100. Elsewhere, “My Life Would Suck Without You” peaked at number one in Canada, Hungary and the United Kingdom, and attained top-five positions in Australia, Ireland, the Netherlands, Belgium, Sweden and Switzerland.

This entry was posted in The 1951 Rolling Review Show and tagged 2009, American, billboard, Kelly Clarkson, My life would suck without you. Bookmark the permalink.