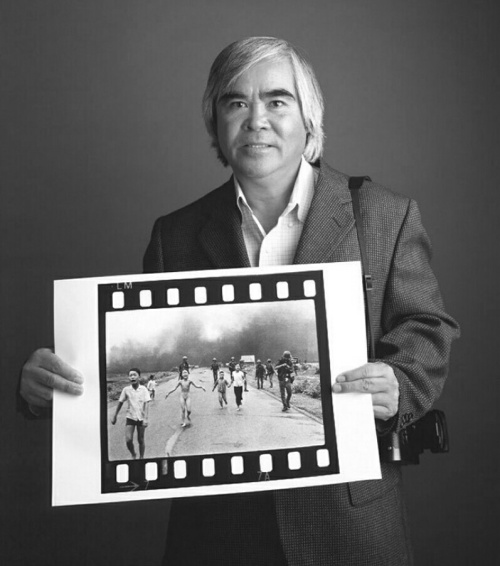 Huỳnh Công Út, known professionally as Nick Ut was born on March 29, 1951. He is a photographer for the Associated Press. He won the 1973 Pulitzer Prize for Spot News Photography for “The Terror of War”, depicting children in flight from a napalm bombing. In particular, his best-known photo features a naked 9-year-old girl, Phan Thị Kim Phúc, running toward the camera from a South Vietnamese napalm attack on North Vietnamese invaders at the Trảng Bàng village during the Vietnam War in June 1972. He is pictured here holding a copy of this now iconic photograph. 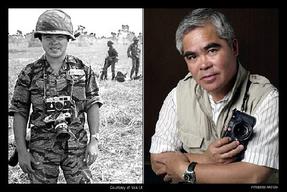 Born in Long An, Vietnam, Ut began to take photographs for the Associated Press when he was 16, just after his older brother Huynh Thanh My, another AP photographer, was killed in Vietnam. Ut himself was wounded three times in the war in his knee, arm, and stomach. Ut has since worked for the Associated Press in Tokyo,South Korea, and Hanoi and still maintains contact with Kim Phuc, who now resides in Canada.