A fond farewell to famous faces …

A fond farewell to famous faces …

2016 will most certainly go down as a memorable year for the sheer number of celebrity deaths. It is very sad to see them go and our hearts go out to their families and loved ones. 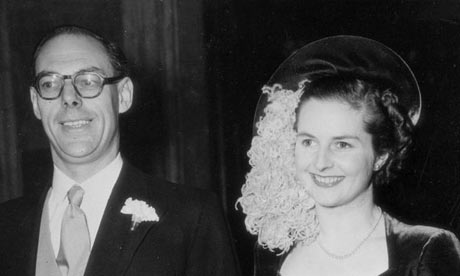 Margaret and Denis Thatcher were married on December 13, 1951. The weather was cold and foggy. The ceremony took place at Wesley’s Chapel in City Road, London, England. The Rev. Skinner and Rev. Spivey officiated. Margaret wore a velvet dress in royal blue and an ostrich feathers trimmed hat. Their wedding reception was held at the home of Sir Alfred Bossom. As the first woman Prime Minister of the United Kingdom, Margaret Thatcher made history but she wrote that she couldn’t have done it without her husband Denis by her side. 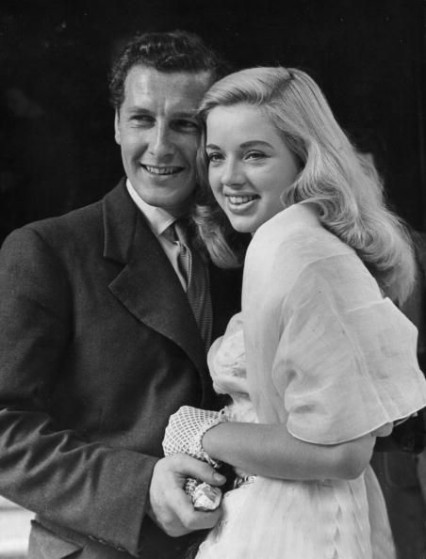 OK … so that’s the marriages.

BUT IN THE INTEREST OF BALANCE …

SOME CELEBRITIES GAVE MARRIAGE THE ELBOW IN 1951 …

Note: Mr Frank ‘I did it My Way’ Sinatra divorced Nancy Barbato AND married Ava Gardner in 1951. Way to go Frank!

1951 was a pretty good year for celebrity weddings. 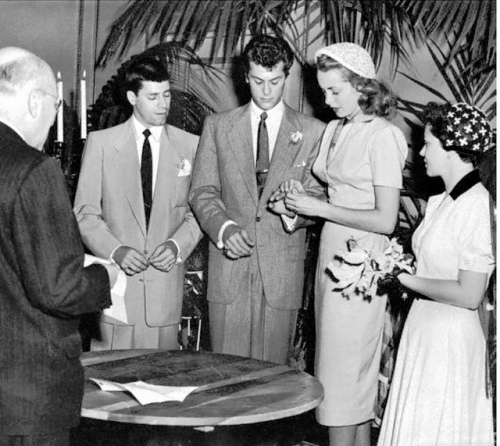 Janet Leigh and Tony Curtis were a glittering Hollywood couple, the Cruise and Kidman of the 1950s. Wherever they went, Curtis’ roguish good looks and Leigh’s childlike beauty drew the lenses of the paparazzi. Successful and ambitious, for a while they had it ‘all’, and that included love and two fine children called Kelly and Jamie lee. They divorced in 1962.

Frank Sinatra met Ava Gardner in 1944, but saw her only sporadically until late 1949, when they began their relationship.They married in 1951. Their relationship was tempestuous and both were frequently made jealous by the other’s extramarital affairs. They separated in October 1953 and divorced in 1957.

Actor Patrick McGoohan married actress Joan Drummond in 1951 and it lasted until McGoohan’s death in 2009. Their marriage took place between a rehearsal and evening performance of The Taming of the Shrew, a production they were both cast in. They had three daughters, Catherine, Anne and Frances.

Posted in Born in 1951 (non-member), Chat from the author, General Annoucements