The film’s storyline concerns an expedition seeking livable space deep beneath the Earth’s surface in the event a nuclear war makes surface life impossible. In 1951 nuclear war was an ever-present possibility. Only 6 years earlier, in 1945, nuclear weapons had been used in anger. Films such as Unknown World and The Day the Earth Stood Still  very much reflected this. 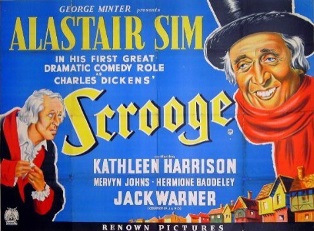 Scrooge is a 1951 British fantasy drama film and an adaptation of Charles Dickens’ A Christmas Carol (1843). It stars Alastair Sim as Ebenezer Scrooge, and was produced and directed by Brian Desmond Hurst, with a screenplay by Noel Langley. It was released as A Christmas Carol in the United States.

The film depicts the misadventures of Lou Francis and Bud Alexander, two private detectives investigating the murder of a boxing promoter. The film was part of a series in which the duo meet classic characters from Universal’s stable, including Frankenstein, the Mummy and the Keystone Kops. 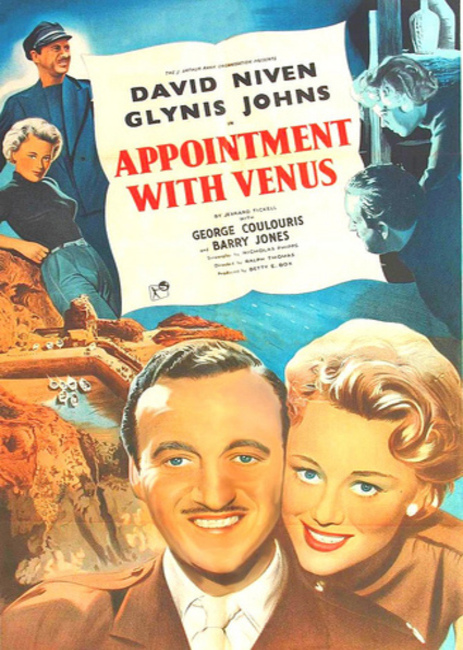 Appointment with Venus is a 1951 film starring David Niven and Glynis Johns. The film was based on the evacuation of Alderney cattle from the Channel Islands during World War II.

In 1940, after the fall of France, the fictitious Channel Island of Armorel is occupied by a small garrison of German troops under the benign command of Hauptmann Weiss (George Coulouris). He finds that the hereditary ruler, the Suzerain, is away in the British army, leaving the Provost in charge. 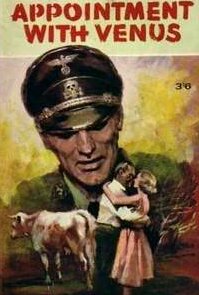 Back in London, the Ministry of Agriculture realise that during the evacuation of the island, Venus, a prize pedigree cow, has been left behind. They petition the War Office to do something urgently due to the value of the cow’s bloodline, and Major Morland (David Niven), is assigned the task of rescuing Venus. When he realises that the Suzerain’s sister, Nicola Fallaize (Glynis Johns) is in Wales, serving as an Auxiliary Territorial Service army cook, she is quickly posted to the War Office and the two, with a radio operator sergeant and a Channel Islander naval officer who knows the local waters, are landed on the island. 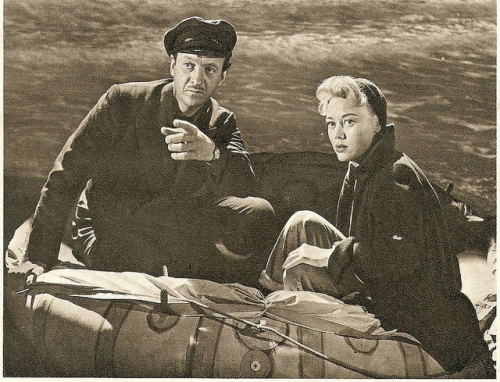 They contact the Provost and discover that the Hauptmann, a cattle breeder in civilian life, is about to have the cow shipped to Germany. In a race against the Germans discovering their presence, they spirit the cow onto a beach and via a special craft, onto a Royal Navy Motor Torpedo Boat which takes them to Britain, though they are pursued by a German E-boat.

END_OF_DOCUMENT_TOKEN_TO_BE_REPLACED 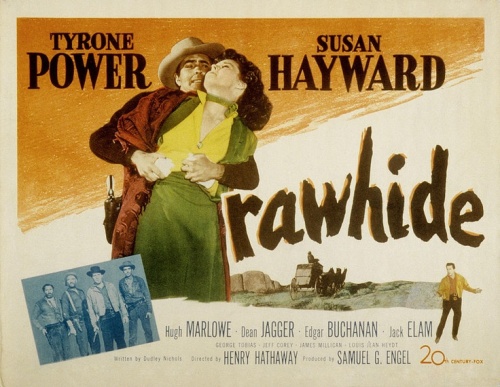 Tom Owens (Tyrone Power) is the clean-cut and sophisticated gentlemen son of the Eastern Division Manager of the Overland Mail Company, J. C. Owens. His father decides he needs to learn the business from the ground up so sends Tom out west to a remote relay station, Rawhide Pass.
A take-charge and strong-willed woman named Vinnie Holt (Susan Hayward) and her very young niece Callie arrive on a coach on their way east.
I won’t give away any plotlines in case you decide to watch it. Here is the trailer just to give you a taster … 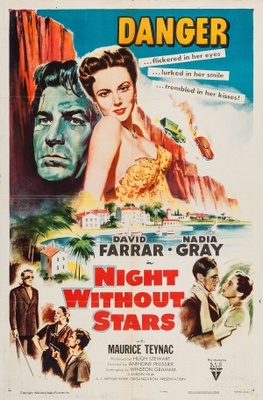 Night Without Stars is a 1951 British black and white thriller starring David Farrar, Nadia Gray and Maurice Teynac. The screenplay was written by Winston Graham based upon his eponymous 1950 novel.

When English lawyer Giles Gordon (David Farrar), partially blinded during service in World War II, retires to the French Riviera, he meets and falls in love with shop girl Alix Delaisse (Nadia Gray), the widow of a French Resistance fighter. Restaurateur Pierre Chava (Gérard Landry) approaches Giles and warns him off with the claim that Alix is already promised to him. He tells Giles that Alix is involved with black marketers, blackmailers and murderers from the war years and demands that Giles forget her and return to England.

Posted in Chat from the author, Uncategorized

Detective Story is a 1951 film noir which tells the story of one day in the lives of the various people who populate a police detective squad.
It features Kirk Douglas, Eleanor Parker and William Bendix.
An embittered New York cop leads a precinct of characters in their grim daily battle with the city’s lowlife. They include a pair of burglars, a young petty embezzler, a naive shoplifter and a backstreet abortionist.

It was nominated for four Academy Awards

Posted in Chat from the author

A Place in the Sun  released in 1951, tells the story of a working-class young man who is entangled with two women; one who works in his wealthy uncle’s factory and the other a beautiful socialite.
It stars Montomery Clift, Elizabeth Taylor and Shelley Winters.

If you haven’t seen it and you like films where most of the main characters die  in tragic circumstances then this is a must for you.

Posted in Chat from the author

Tagged 1951, A Place in the Sun, Elizabeth Taylor, film

1951 Club
Create a free website or blog at WordPress.com.